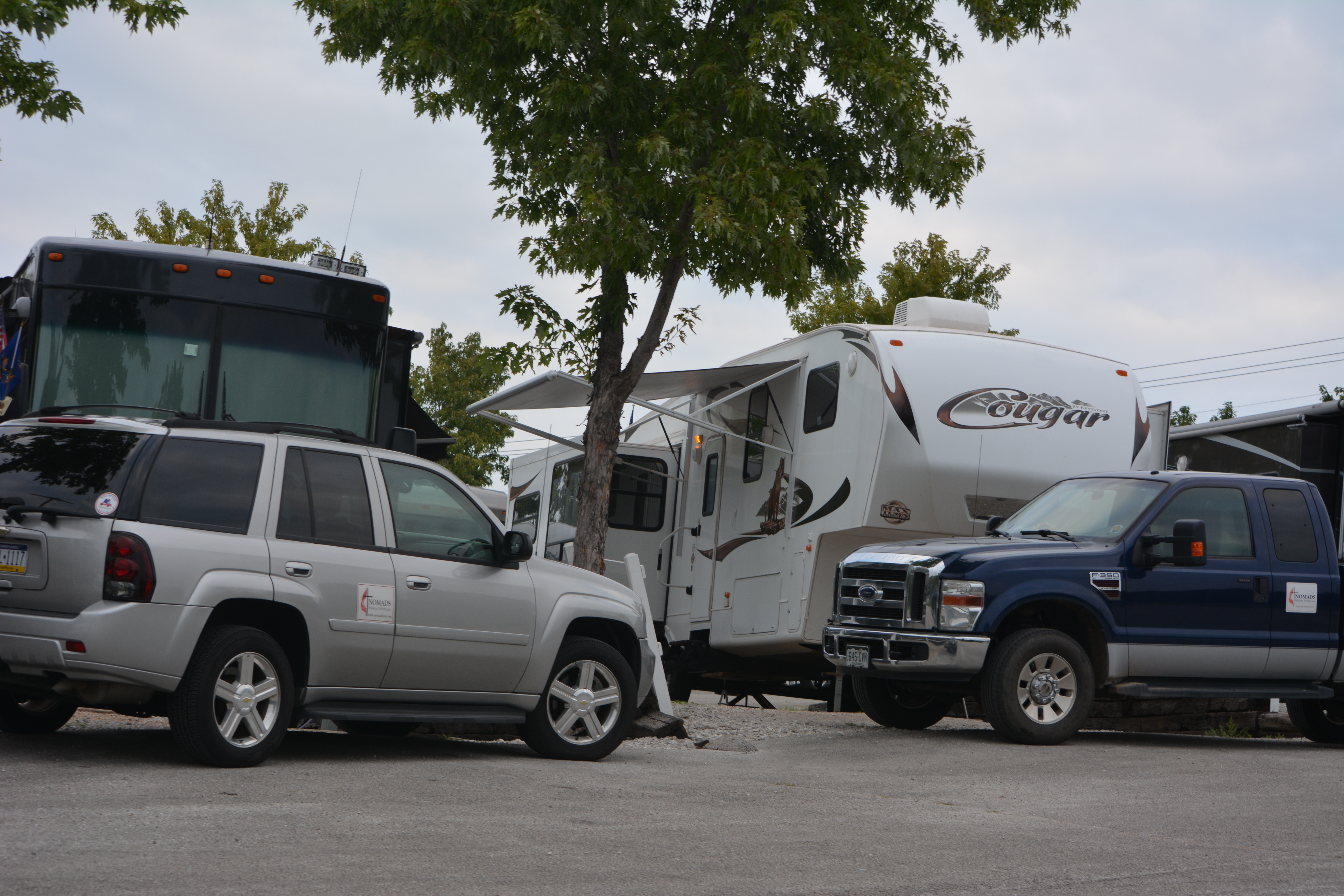 The KOA campground at Branson looks like a busy holiday weekend this week, with spots filled and people sitting up camp in an overflow parking lot. A closer look reveals that most of the vehicles there are sporting a sign with the United Methodist cross and flame, and the word NOMADS.

The NOMADS travel the country, living out of their RVs and doing repairs and renovations at United Methodist sites. The Branson gathering this week is the organization’s annual national roundup. The travelers were there in 120 rigs, with a total of about 320 people. Approximately 100 were first timers.

The group included people from both coasts, and most everywhere in-between. Rich Hopkins wasn’t far from home, though. He’s new to NOMADS, learning about it from his home church Kimberling City UMC, just on the other side of Table Rock Lake. And he wasn’t the only one from the neighborhood.

“There are other couples here from our church that I just met when I got here,” Hopkins said.

Soon Hopkins and his wife will never be far from home. He had a heart attack last April, which changed his perspective when it comes to putting things off. 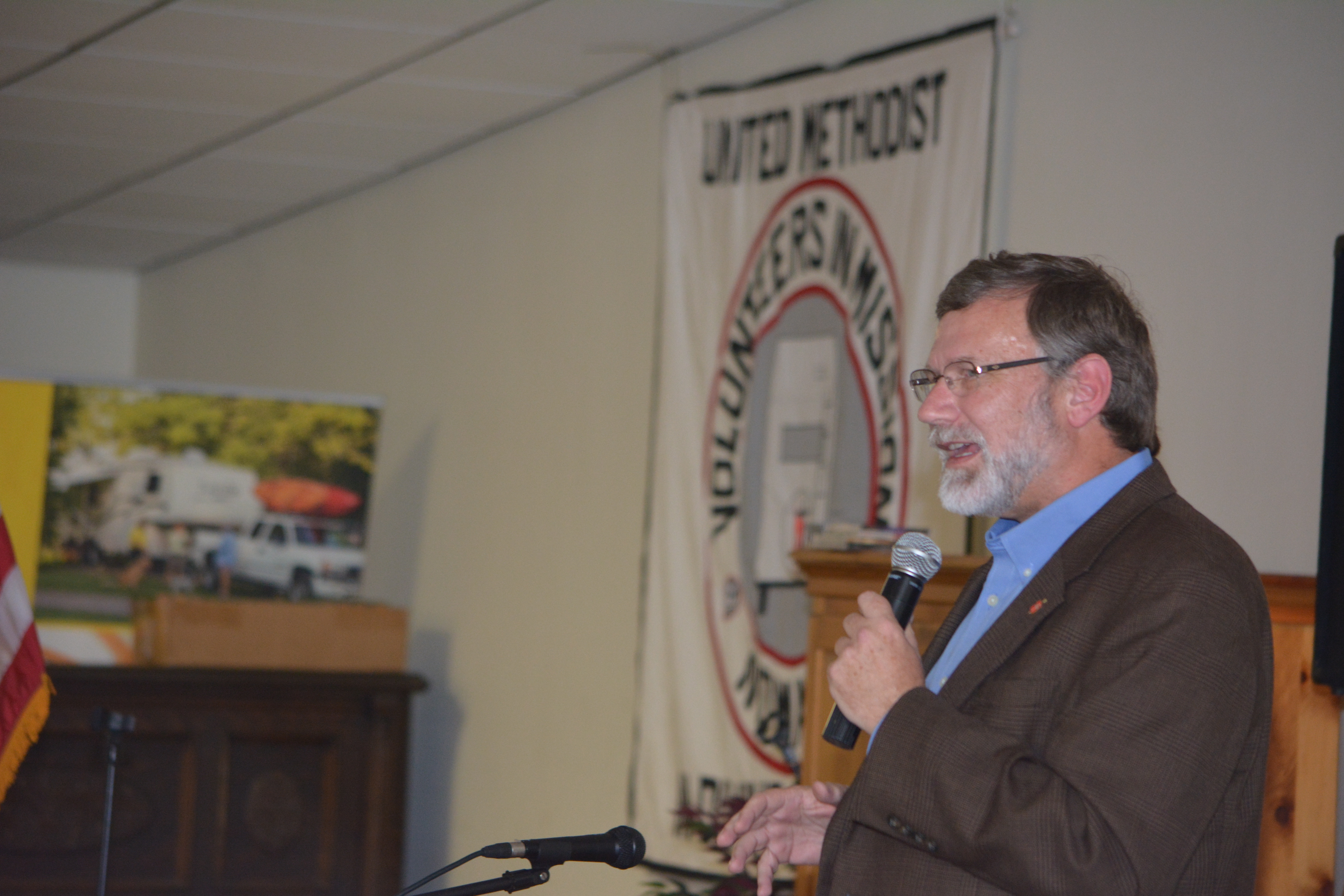 “I started asking why I was spending all this money on a house, when I could be doing something to help others,” he said.

They are selling their house at Branson West, and will be living out of his RV fulltime. They are planning on upgrading to a larger RV as they make the transition.

“We need closets large enough to put coats in,” said his wife Pat.

Another Missourian, former Mark Twain District Superintendent Bill Koch, is also in the process of selling his home, and will be a “Fulltimer” within a month. He has already participated in 11 NOMADS projects in four states since retiring from the Missouri Conference cabinet four years ago. As a retired itinerant pastor, he’s used to moving. Now he’ll be able to do so without packing. His 2004 model Southwind has all the comforts of home, even if you can take nearly take a tour of home standing in one place. There’s even a washer and dryer in the bathroom.

“I’ve got a full set of carpentry tools in the basement,” Koch said, referring to the storage in the lower part of the RV, under the living area.

Like most NOMADS, the Kochs heard about the organization from someone in their church.

“When I was pastor at Cameron UMC, my finance chair bought a motor home and went on the road,” Koch said.

Koch’s wife, Marti, has enjoyed the personal connections they have made during their mission work.

“It’s always a great time,” she said. “You really bond with people when you’re doing this.”

There’s also a sense of accomplishment.

“This is retirement with a purpose,” she said.

There are plenty of fulltimers who have paved the way. Wayne and Edie Mahan’s NOMADS nametag didn’t bear the name of a home state like most of the people at the gathering, it just said “Fulltimer.” They have been living out of their RV since 2000.

“We stay one step ahead of the bill collectors,” Edie joked.

In between mission projects, the long-retired couple still work, and have taken jobs at Silver Dollar City, Dollywood, and recently as gate guards at oil companies in Texas.

“I can’t keep the want ads away from him,” Edie said of Wayne.

Although living out of your vehicle bears the marks of independence, the NOMADS are also quite disciplined when it comes down to the business of mission work. Work projects are three weeks long. They work Monday through Thursday, 8 a.m. to 4 p.m., with a 15 minute break in the morning and afternoon, and an hour off for lunch. Each day begins with a short devotional and team meeting.

Jack Travelstead, a former district superintendent from Illinois, has been part of NOMADS for 25 years, originally recruited by the founder of the group.

Travelstead has always had a heart for mission, and has been to Haiti on mission trips 20 times. He’s a founder of the Midwest Distribution Center. So traveling about with a missional purpose comes naturally to him. Since he wife died, he has sold his RV, but he still came to the NOMADS meeting in his minivan and stayed in a cabin on the campground.

Not all of the NOMADS are United Methodists. Larry and Gloria Moyer, from the Harrisburg, Pennsylvania, area, are Lutherans. They meet someone in the NOMADS at Cape Cod, and loved the idea of incorporating good works into their travel. Now that they are in, they’ve also discovered that they love other NOMADS.

“It’s the nicest large group of people I’ve ever been involved with,” Larry Moyer said. “I’ve met NOMADS from all over the country, and have never met one that I didn’t like.”

Missouri Conference Bishop Robert Schnase addressed the NOMADS on Sunday evening, starting out by thanking them the work they have done at Missouri Conference camps and with disaster response. He then shared the story of the lost sheep from Luke 15. He cautioned how easy it is for a sheep to keep its head down and nibble its way lost, without realizing it has gone astray.

“This isn’t a story of rebellion against God, but rather a distracted sheep,” Bishop Schnase said.

Nibbling your way lost can happen when an occasional drink leads to alcoholism, or a busy life leads to estrangement, from family, or from church. A few weeks of Sunday morning schedule conflicts can lead to a life that doesn’t involve worship or a Sabbath. He went on to describe the tenacity of God’s love, to leave the 99 sheep to seek out the one that is lost. That love of Christ should be exhibited through Christ’s followers.

“If you want to do the good shepherd’s work, you should be seeking out the lost yourselves,” Bishop Schnase said. “When someone becomes disconnected from church, are you just going to hope they find their way back, or are you going to shepherd them?”

Bishop Schnase closed by leading a service of communion. Arkansas United Methodist Bishop Gary E. Mueller lead a devotional at 7 a.m. on Monday morning, focusing his message on Matthew 16, 13 -20, in which Jesus said to Simon, “Who do you say I am?” Simon nailed the question, declaring Jesus the Messiah, son of the living God. Jesus then changed Simon’s name to Peter (the rock), and said upon the rock he would build his church. 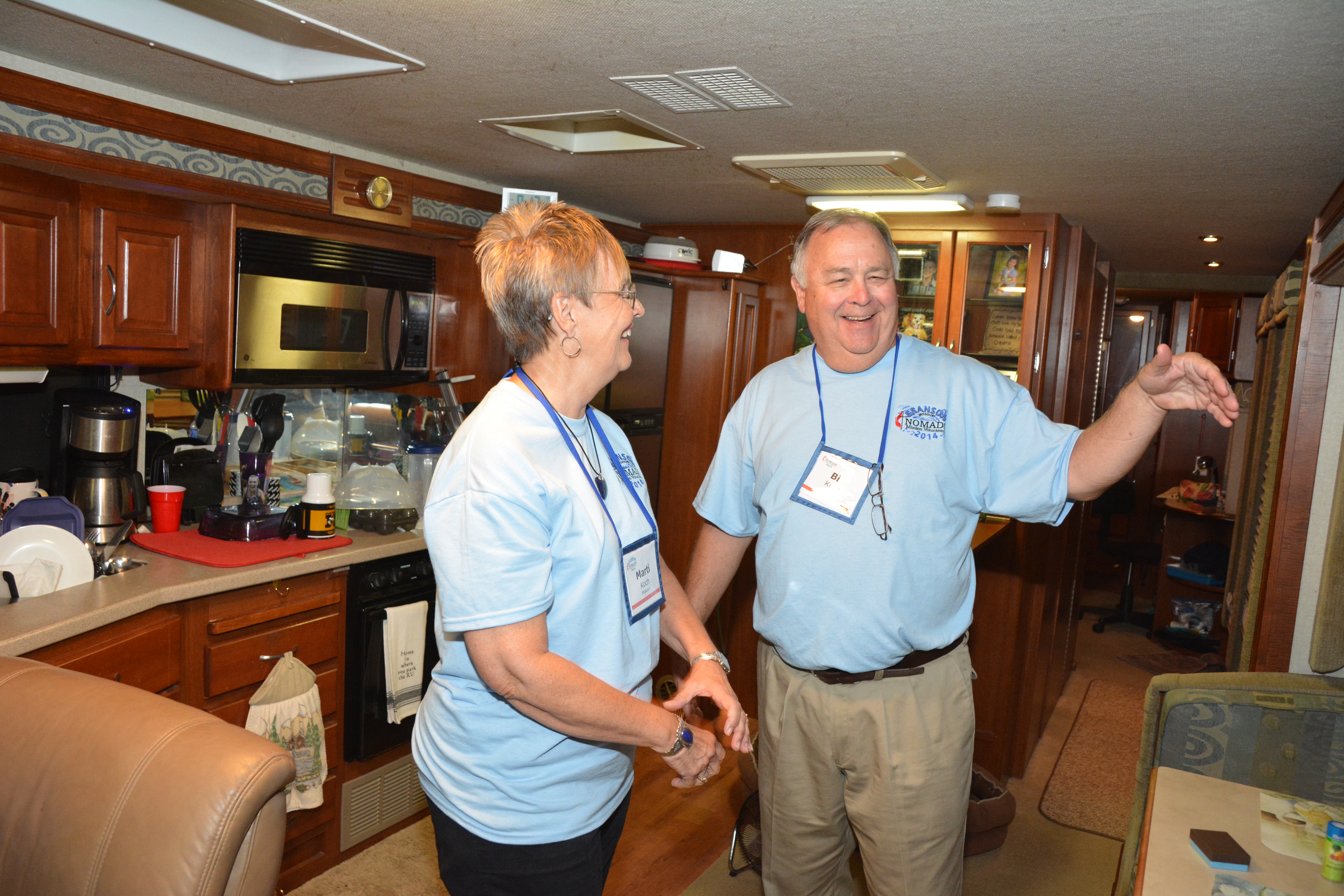 Bishop Mueller went on to say that even when Jesus’s arms were stretched out on the cross, he was able to embrace the whole world in love. He praised the NOMADS for being an extension of that love and giving themselves to mission work.

“Jesus loves you transformationally and invitationally. He wants you to join him in mission,” he said. “It brings joy to my heart to see that you all get that.”

In 2015 the NOMADS will be meeting September 27 – October 2 in Kalamazoo, Michigan. For more information, go to www.nomadsumc.org.