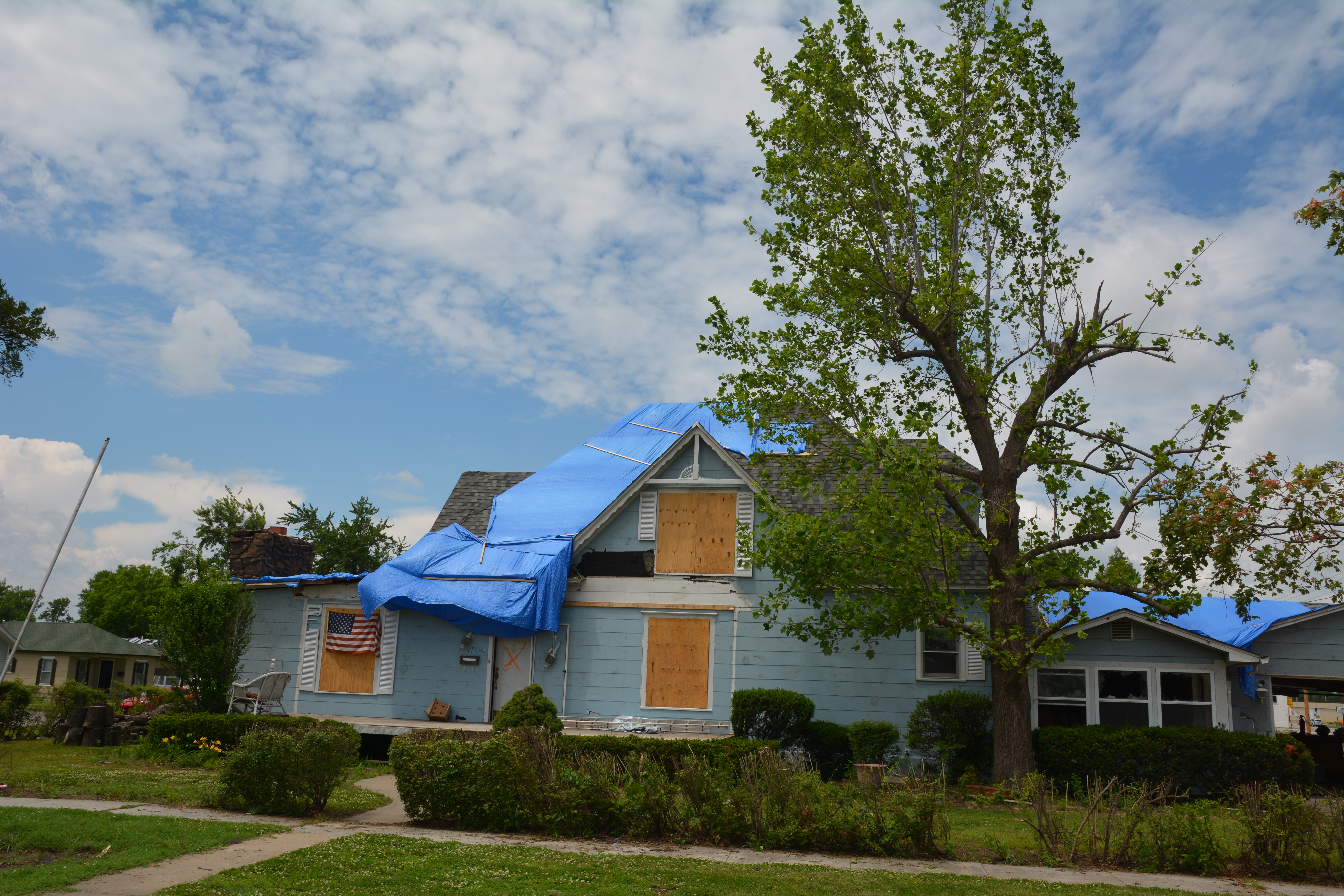 The landscaping at Saint Paul UMC is maturing and has filled in nicely. The surrounding neighborhood resembles a big-city suburb boom town – all new houses and only young trees. Three years after F5 tornado ripped apart the core of Joplin, the town is recovering well. In the heart of it all, Saint Paul UMC maintains a focus on disaster response, for past, present and future calamities.

Rebuild Joplin is working hard to work themselves out of a job. Staffed primarily by about 20 AmeriCorps volunteers, the organization has the goal of building or rebuilding 70 homes by the end of 2014, and then closing their doors.

That goal is the result of a “Blackout the Block” campaign, in which they went to great lengths to identify everyone who had lived in the disaster zone, and reach out to offer assistance to people who were still displaced. Even though it is three years later, some are still living with family and friends. Others purchased homes outside of the disaster zone because they needed somewhere to go, but in many cases the homes they purchased were in great need of repair, and they require assistance to bring them up to a more livable condition. Everyone being assisted by Rebuild Joplin lost the home they owned in the tornado, and are in need of financial assistance.

It takes 64 - 65 days for Rebuild Joplin to construct a two bedroom house. After a group of Mennonites frame up a new house, 50 days of volunteer labor are needed to finish it.

The effort has been greatly bolstered by the Missouri Conference. The Conference awarded a $150,000 grant to Rebuild Joplin this year, which was then matched by another $150,000 in donations.

For more information, or to send a volunteer team to build houses in the home stretch, go to www.rebuildjoplin.org.

An F2 tornado ripped through Baxter Springs, Kansas on April 27 at about 5:30 p.m. The town is only about 15 miles from Joplin. Saint Paul immediately had teams present to help with the clean-up. The church is presently working with other United Methodist Churches in Joplin on an extended relief effort in Baxter Springs, focusing on people who were renting their homes, and often fall between the cracks for other assistance.

“The majority of people affected by this tornado were renters,” said Lin Harris, disaster response site manager for the Great Plains Conference. She set up operations in Baxter Springs to assess the situation and help coordinate Volunteers In Mission teams.

Rev. Wayne Handle, pastor at First UMC Baxter Springs, said the renters who were displaced had an immediate housing crisis.

“There aren’t many rental housing available around here, and most of the homes for sale are priced out of reach for someone who was previously renting a house,” he said. Three families in his congregation lost their homes to the tornado. The church building received damage on all four sides and the roof.

It requires $2.5 million in damages for a community to qualify for assistance from the Federal Emergency Management Agency (FEMA), and the damage estimate in Baxter Springs only totaled about $1 million.

The reconstruction effort begins in July.

EaglePicher Technologies has made batteries for the Mars Rover, Hubble Telescope and the International Space Station. The Joplin company’s latest project lands a little closer to home. A military-grade disaster response trailer has been developed to provide instant power on site in the event of a disaster. The trailer can be used to power equipment or recharge mobile devices and computers. In addition to its battery pack, it can also run on solar panels, which could be crucial in a wide-spread disaster zone, like one caused by a major hurricane, which creates lack of a nearby fuel supply for generators. The version for the military is in the proto-type phase, but the company has pledged to work with Saint Paul UMC to provide the trailer, and the crew to transport and operate it, the next time the church responds to a disaster.

“In addition to a field testing opportunity, we want to be there to support communities when they are in need,” said Nate Hobbs, an electrical engineer in new product development at EaglePicher.