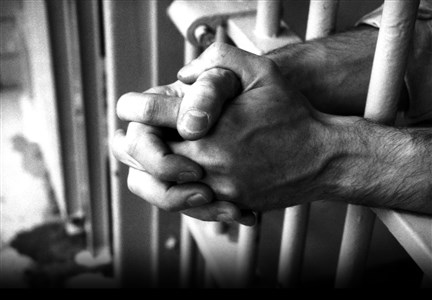 Inmates and ministry team members listened, learned, prayed, discussed and ate sack lunches alongside each other. The La Croix/SECC contingent was only one of 11 nationally to deliver the GLS in a prison complex last year.

Beginning in 2014, the GLS was tested in four prisons. In 2015, the program was expanded with a long term goal of a GLS Prison program in all fifty states. La Croix Founding Pastor Ron Watts answered the call when Bill Hybels asked if any of the host sites had connections to a prison as they had no takers that second year. With only two months to plan, prison and ministry officials held an information meeting, drew up a covenant, identified and invited 40 inmate leaders and put together breakout teams to discuss GLS topics over the lunch hour. Each team consisted of two ministry facilitators and 10 inmate participants. The discussions were so deep and energized that everyone agreed to come an hour early to hold a breakout session the second morning to discuss the previous afternoon’s sessions. Organizers felt leadership training needed to be continuous. As a result, two follow-up sessions were offered, one in November and the other in February, to continue to cultivate and groom leaders for both prison activities and life on the outside once released. Inmates viewed and discussed recorded messages from previous Summits.

Through their evaluation La Croix found that two days of GLS lead to increased confidence in leadership skills and a better understanding and appreciation of the challenges other leaders face. SECC’s executive staff has commented on how GLS participants present themselves more professionally and notes a drop in conduct violations.

La Croix and SECC are teaming again to offer GLS 2016 on August 11 and 12. The participant pool has been doubled to 80 and the team is relocating to a gymnasium to accommodate the expansion. All involved agree the GLS has been a productive and fulfilling experience. First-time GLS Facilitator Michelle Kilburn summed it up best, “I enjoyed seeing the participants grow in their abilities. I think GLS is an amazing opportunity, and I am excited to be a part of it again.”