By Pam Ekey and Susan Sneed 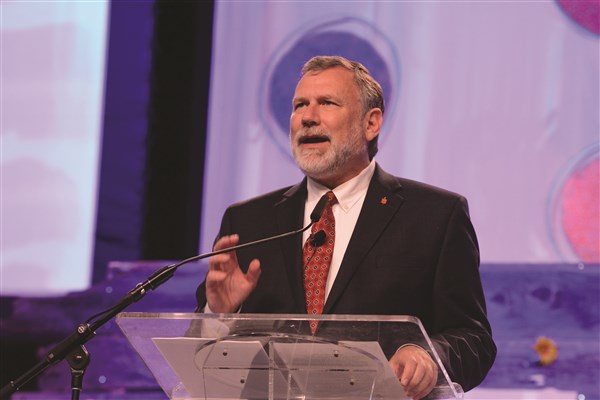 While Missouri Bishop Robert Schnase said he would save his final reflection on his 12 years of ministry in the Missouri Conference until Monday morning, he had a lot to say Friday afternoon on how the conference has fared in the past year and the past quadrennium.

He hoped this year’s conference would in some way spark the call of God in each of those attending. The people in the room represented 800 churches, over 600 active clergy and more than 74,000 in worship in the Missouri Conference. More importantly, they represented the mission and ministry of the United Methodist Church in the Wesleyan way. “I consider it a privilege to serve as your bishop,” he said.

Bishop Schnase reflected on the General Conference that recently concluded in Portland, Oregon. Bishop Schnase said he was proud of the way Missouri participated and gave leadership. Members of the Missouri delegation provided leadership to committees and subcommittees. They spoke eloquently from the floor. Others served as translators and volunteers.

"While we might not have resolved all of our differences as a United Methodist Church, the worship and the preaching were excellent, and the global nature of the church was never more evident than it was at this conference,” he said.

He left the General Conference optimistic about the future of the church. During the conference it was decided that the Council of Bishops would appoint a commission. The commission will not only study and make recommendations on how the Book of Discipline addresses issues of human sexuality; it will also propose how the various expressions of ministry can co-exist within the same church.

“This entails a fundamental reordering of the life of the United Methodist Church,” he said “The formation of a commission does not represent an avoidance of the conflict, but our intent to deal head on with some of the most difficult issues of the day,” he continued.

He envisioned the commission focusing on larger issues, such as the global nature of the church and the possibility of non-geographic conferences. The key is to find ways to set people free to be witnesses to Christ rather than further divide the church, he said. 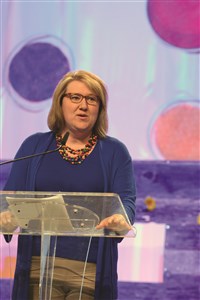 The Director of Pastoral Excellence, Rev. Karen Hayden, shared information about successful programs held during the past year and urged both laity and clergy to take advantage of upcoming offerings, including a mentoring program, Mentor Palooza.

In the past year, there were 44 participants in COMPASS, a Pastoral Leadership Development program for persons with some experience in ministry. The Candidacy Summit was attended by 34, with nine sponsored participants. Next Generation Ministries awarded 15 grants for college-age ministry efforts.
WOW 2016 was attended by 1,573 youth in spite of bad weather. There are currently 12 college-aged Crossroads Interns serving churches in the conference, along with three Missouri Fellows in 2-year programs.

Upcoming events include the next Candidacy Summit July 28-30; CONVERGE, September 12-14, in Sedalia; a Confirmation Retreat on October 22 at Cross Pointe, Rocky Mount, Missouri; and a Next Generation Leadership Conference at Stephens College in Columbia on November 5. In January, another Candidacy Summit will be held from the 13th to the 15th, followed by WOW on January 21-22. 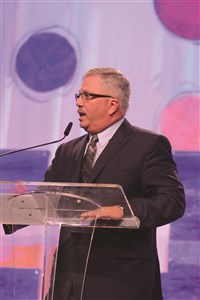 Farr reminded the conference of the 10 year goals set nine years ago and that those goals are on track and in some cases exceeding goals. A commitment was set for 40 new congregations in ten years, and at this time there are 38. Multiple workshops and presentations have been created over the last nine years to assist clergy and congregations in strengthening and growing their congregations in both numbers and ministry.

Restarts have breathed new life into 15 congregations that otherwise would have discontinued completely.

“The original or legacy churches have enabled a United Methodist presence to continue by turning over the keys to a new start,” said Farr. A video highlighted the decision of Clayton UMC to become a legacy church as it chose to continue its ministry as a part of The Gathering.

Farr also highlighted his new book The Necessary Nine: Things Effective Pastors Do Differently. A copy of this book was given to all conference participants and was the basis of a workshop led by Farr on Sunday.