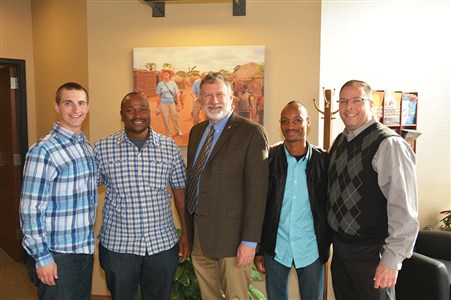 The invite for Ezy and Naftal to visit Missouri came from Manchester UMC, who was preparing to give their entire Easter offering to build school buildings and purchase desks for a primary school in Mozambique, called Ngongane. For their first five days in Missouri, Ezy and Naftal participated in activities at Manchester UMC including: all worship services, youth group, teaching their preschool children Mozambican games and a little Portuguese, and held opportunities for adults to be in dialogue about the basics of the Methodist church to the educational system in Mozambique. 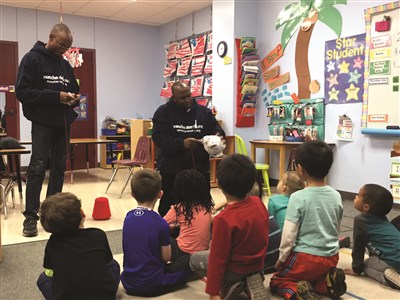 After a full five days at Manchester, the tour of Missouri began. The rest of their trip included visits to La Croix Church, Kirkwood UMC, Morning Star Church, The Gathering, United Methodist Church of Chillicothe, Missouri UMC, informally greeting the Cabinet and Bishop Schnase, Savannah UMC, and Central UMC, and the Kuomba Ministry.

Conversations during their the church visits typically centered around updates and next steps surrounding partner/sister congregations, laying groundwork for possible 2017 volunteers in mission trips, building relationships, and discussing possible future ideas for MI, including pastoral exchanges.

The trip also included rekindling old friendships and a special, emotional commissioning ceremony during worship at The Gathering, who was sending a VIM team to Mozambique the following week. Ezy will be back in Missouri for Annual Conference and will be visiting churches in southern Missouri.

Craig Stevenson be visiting Mozambique in mid-April to participate in the first graduation ceremony of the Gondola Training Center, visit more congregations, and participate in a few dedications of facilities.