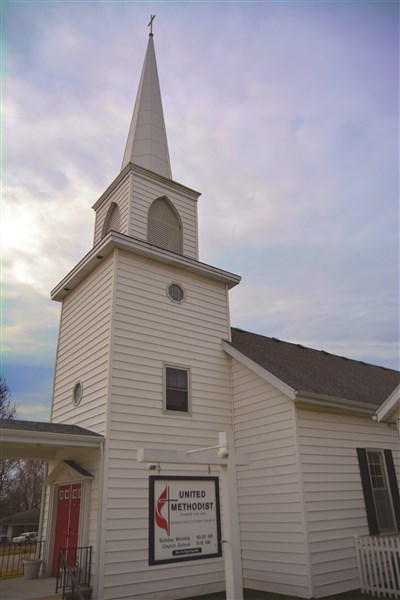 Story Number One: Prairie Chapel is a 160 year old, open country church five miles west of Fulton. Rick Matson was assigned as lay pastor in 2013, when worship attendance was 17. Worship numbers averaged 19 in 2014, and 20 in 2015.

Increasing worship by two a year and by three in two years seems inconsequential except when one considers percentages. Prairie Chapel worship grew by 10% in 2014 and 5% in 2015. The Missouri Conference averaged 77,284 worshippers in 2014. A 10% increase in worship would have added 7,728 new worshippers. Growing by percentages matters.

How did Prairie Chapel (without a neighborhood to draw from) increase its worship numbers? Rick Matson and the congregation realize that meaningful and dynamic worship is everything. Consequently, a grant from the Missouri Foundation allowed them to install an audiovisual system comprised of a 70 inch flat screen and modern audio system. These allow visuals and music that enhance worship.

The congregation also created a September Community Picnic in 2013, and a three day May revival in 2014 each drawing 100 participants. These have been subsequently repeated each year with equal success.

A semi-monthly Wednesday evening service along with a quarterly Cowboy Church service have added vitality and new discipleship opportunities for the congregation.

Story Number Two: Russellville is 15 miles west of Jefferson City and has about 800 residents. The Russellville United Methodist Church averaged 25 in worship in 2014, and averaged 38 for 2015. An increase of 13 sounds insignificant, but if it amounts to a 50% increase that is very different. If the Missouri conference worship numbers had grown by 50% in 2015 they would have grown by 38,642 from 77,284 in 2014. Growing by percentages matters.

How did RUMC attain its growth in 2015? Royal Speidel was appointed as the pastor in January of 2015, and immediately hired a recent college graduate with computer expertise to be the worship tech. He creates the Power Point and YouTube enhancements for worship. An unspent grant from the Missouri Foundation helped the church install screens and an enhanced audio system, which dramatically enlivened worship services.

Speidel immediately began an all parish visitation program by enlisting a very trusted member of the congregation as his appointment secretary.

Visited inactive members returned to worship. They not only became regular worshippers but also gave leadership to significant church projects.

The next challenge will be to create outreach ministries to the larger Russellville community. Currently worshipers come from eight areal mailing addresses. 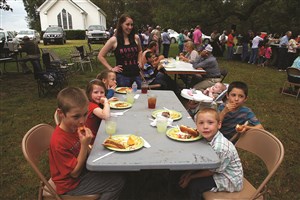