COLUMBIA – After a period of intentional prayer and discernment, Rev. Robert “Bob” Farr has been endorsed by the Missouri Conference delegation as a 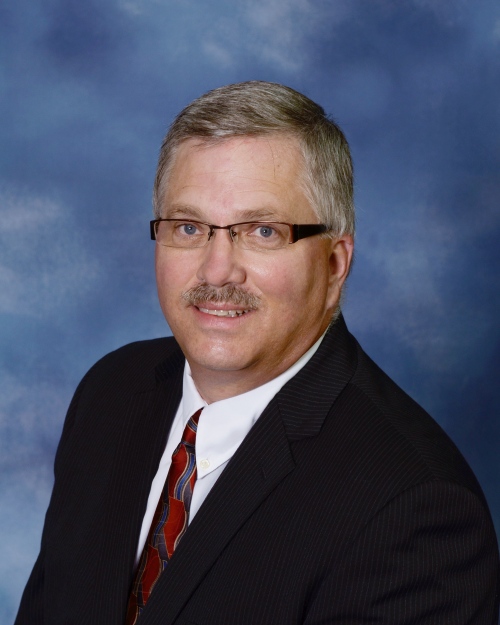 candidate for the Office of Bishop. Farr, Director of Congregational Excellence of the Missouri Annual Conference and clergy member for the 28-member Missouri delegation, received a strong endorsement with 95 percent of the vote of the delegation during its first gathering on Saturday, August 29 in Columbia. He will be the Missouri Conference nominee for election as Bishop at the South Central Jurisdictional Conference episcopal elections in July 2016 in Wichita, Kansas.

“I am humbled that my annual conference has seen fit to offer my gifts to the General Church and the South Central Jurisdiction. It is an honor to be the episcopal nominee from an annual conference as diverse as the Missouri Area,” said Farr. “I pray that the work of the Holy Spirit will guide us in our preparations and our work will ultimately glorify and honor Christ.”

If elected, Farr, 56, would serve one of the episcopal areas within the jurisdiction that includes the states of Arkansas, Kansas, Louisiana, Missouri, Nebraska, New Mexico, Oklahoma and Texas. Because of episcopal term limits, the Missouri Conference will be one of those expecting to receive a new bishop in 2016. In the U.S., bishops normally serve in one area for up to two terms of four years each, but they can continue for a third term with special approval of the jurisdictional conference. Bishops are elected for life and serve in their assignment until retirement.

Brian Hammons, Conference Lay Leader and lay delegation leader said Farr’s nomination followed a discernment process around shared values and hopes for the process as well as the key qualities and characteristics for the episcopal office.

“We are really excited about Bob as our episcopal nominee,” Hammons said. “He is so passionate about making disciples of Jesus Christ for the transformation of the world. His leadership in our conference, as well as his church planting experience, has demonstrated a deep commitment to that mission that has borne fruit.”

Rev. Matt Miofsky, lead pastor of The Gathering in St. Louis and two-time clergy delegation member, said he was pleased with the delegation’s support of the candidate. “It is great to see overwhelming affirmation from our delegation about Bob’s giftedness for leadership. His passion for the local church and effectiveness in leading congregations to greater vitality are qualities we need in our bishops.”

"Bob Farr is a very gifted pastor and conference leader in our annual conference,” Schnase said. “His work through the Healthy Church Initiative and overseeing our annual conference church planting processes have contributed to the stabilization and growth in our conference. I will be praying for him, his family and the Church in this season of discernment."


Farr has served as the Director of the Center for Congregational Excellence since 2007, guiding 35 church starts into life and has overseen over 150 Healthy Church consultations in the Missouri conference. He has led 128 individual church consults in 29 conferences across the connection. Prior to that position, Bob pastored a restart urban church in Kansas City, and started Grace UMC in Lee’s Summit and Hope Church in Lone Jack. Bob’s most recent local church appointment was at Church of the Shepherd in St. Charles where he led the congregation through relocation that increased worship from 450 to 1,200 in worship attendance. He has authored Renovate or Die – 10 Ways to Focus Your Church in Mission (2011), Get Their Name- Grow Your Church by Building New Relationships (2013) and most recently, 10 Prescriptions for a Healthy Church (2015). He was ordained deacon in 1983 and elder in 1987 after attending seminary at Perkins School of Theology, where he served student appointments of Celeste, White Rock and Kinston charge and as student associate at Wesley UMC in Greenville, Texas. Bob is married to Susan, has two adult children and two grandchildren.

Farr has also had the opportunity to share learning across the connection through the Healthy Church Initiative, School of Congregational Development, Path One and South Central Jurisdiction new church planting trainings. Bob helped form Route 122, a transformational church network and is a regular workshop leader and guest speaker across the connection. He has represented Missouri twice at General Conference and three times at Jurisdictional Conference prior to being elected this year. He has served on the Board of Ordained Ministry for eight years and chair of Order of Elders for four years. He chaired and served on the Congregational Development team for 12 years. He served on the conference board of trustees for four years plus many other district leadership roles and committees. Bob served as treasurer and board member for Kingswood Retirement Center in Kansas City, Missouri for nine years and on Central Methodist University President’s Council for four years, receiving an honorary doctorate degree in divinity from the university in 2013. Bob served one elected term on the Francis Howell Board of Education in St Charles, was appointed to St. Charles County Developmental Disabilities Board for four years and has served in volunteer fire services for 30 years including a seven-year service as fire chief. He is a certified Fire Chaplain through Global Board of Higher Education and Ministry. Today Bob serves on the appointive Cabinet, Mission Council and as a Conference Director. He oversees new church planting, church transformation, language-based faith communities and shares in leadership development.

Margie Briggs, seven-time lay delegation member, was pleased with the delegation’s endorsement. “Bob has such a heart for making disciples and raising up leaders. He is a church planter but more importantly, he has such sensitivity for local churches. There is no one in our conference, or I dare say, in any conference who has spent more time in the local churches raising up leaders than Bob Farr.”

The last Missouri nominee to be elected to the episcopacy was Rhymes Moncure, Jr. in 2000. The number of nominees and open episcopal slots for 2016 has not been finalized.