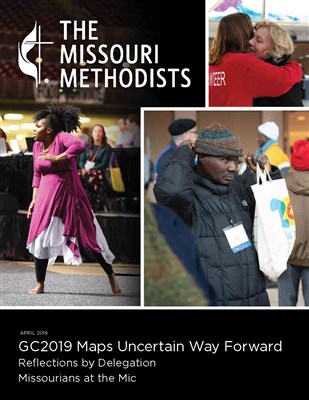 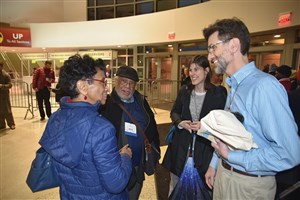 As a first-time delegate to General Conference, Rev. Andy Bryan felt the presence of the saints that come before him when session commenced on February 23. The role runs deep in his veins – he is a fifth generation General Conference delegate.  Bryan is currently pastor of Campbell UMC in... 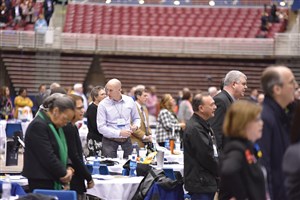 Beneath the Arch that symbolizes the U.S. Gateway to the West, more than 820 General Conference delegates worked to open a gateway in the denomination’s longtime homosexuality debate. But after four days of prayers, speeches, protests and votes, it remains to be seen whether The United ... 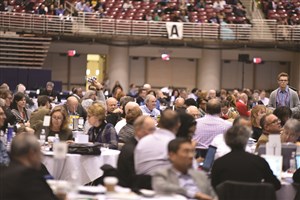 In 2016 when the Council of Bishops were asked to provide guidance on how the United Methodist Church could move forward regarding issues related to human sexuality, Missouri Conference lay delegate Margie Briggs thought it would be a good thing. “I trusted that something good would come ...

Missourians at the Mic 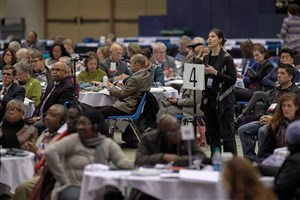 There were 864 delegates at the Special Called Session of General Conference, and the nature of someone speaking on the floor was closely regulated. When a proposal was being discussed the debate was limited to three minute speeches, with three speeches for and three against the proposal ... 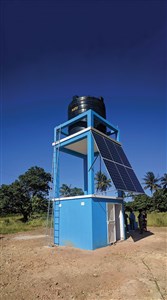 In August of 1999, a partnership bridging 8,000 miles, was born. The Mozambique Initiative began as relationships formed, at first by individual Missouri and Mozambique Methodists, and later through connections between pastors, congregations and even districts. The relationships built have... 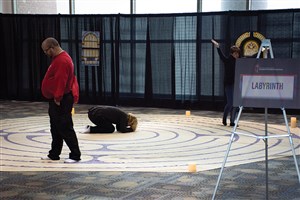 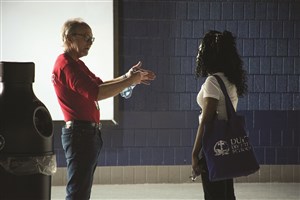 Rev. Len Delony had cancer at age 13. In a few months’ time he lost half of his body weight, dropping from 150 pounds to 75. In this emaciated state he couldn’t go to school, or practically anywhere else besides doctor and hospital visits. But he still could go out to the backyard. It was ...

The Man With Many Hats 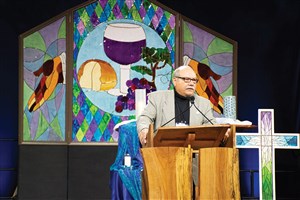 It’s the kind of the morning only a few are willing to venture into when the brisk February air is blowing you back into your warm bed. The aroma of coffee surrounds you like a blanket when you finally arrive as people simply nod to say good morning, knowing well the unsaid rule to wait ... 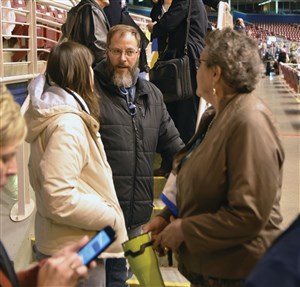 Rev. Jeff Baker was at General Conference in St. Louis to help out. “I was just there to run errands for Kim (Jenne) or Heather (Birge), and help out wherever they needed me,” said Baker, Missouri Conference Director of Next Generation Ministries.      He was needed but not in the way ...

Traditional In Its Own Right 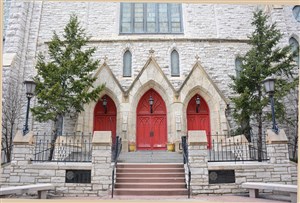 At 10:58 a.m. the organist at Centenary United Methodist Church took her seat at the foot of the historic Babler memorial organ, its height stretching to towards the sanctuary’s ceiling. A few minutes after 11 a.m., Rev. Kathleen Wilder entered the sanctuary after finishing morning worship...

Volunteering to Make it Work 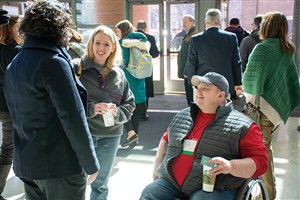 In the midst of constant change throughout General Conference, one thing was consistent no matter what was happening on the floor of the Dome: A red shirt emblazoned with volunteer on the back. These red shirts represented the warm, welcoming smile you wanted, the answers you’ve been ... 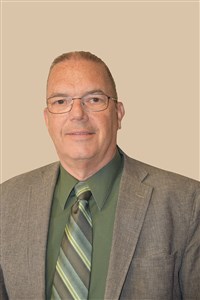 Rev. Jon Thompson will be appointed as the Ozarks District Superintendent this June. He will replace Rev. Lynn Dyke, who is retiring. Thompson was born in Geneva, Illinois. At age six he moved to a family farm near Flora Illinois. There he helped with the livestock and with his father’s ... 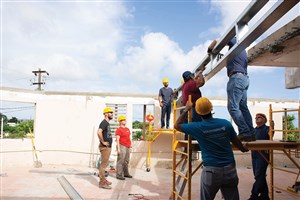 Progress continues in our work in Puerto Rico. The church roof has been replaced, the clinic is repaired and ready for the next plans of the Methodist Church of Puerto Rico, and our teams are working on homes in the community. Over 45 teams have registered to serve and you can find updates... 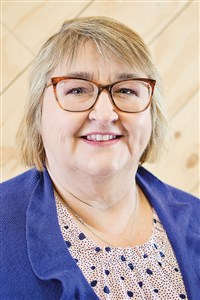 Rev. Robin Roderick Bell will be appointed to be the next Gateway Central District Superintendent in June. She will replace Rev. Londia Granger Wright, who is retiring. Bell was born near Chicago but soon her family moved to Florida. When she was in the fifth grade they moved to Kansas ...

A Commitment to Questions

As a delegate to the special session of General Conference, when I agreed to write this article, I thought I would write about my experience in St. Louis. But then, near the end of the Conference, someone made a motion to pull a group of petitions called the Simple Plan to be voted on ...

In 2011 and 2012, then Missouri Bishop Robert Schnase spent a lot of time and energy working on Plan UMC, designed to restructure the church at the General Church level (i.e., how we do General Conference and the General Boards and Agencies). It was met with contentious debate, and after ... 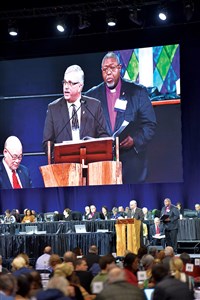 Greetings in the name of Jesus Christ our Lord and Savior. I hope you and your church are being blessed by your journey through Lent and the resurrection joy of Easter. As we come out from underneath the cloud of General Conference, let me remind us all that no conference, no special ... 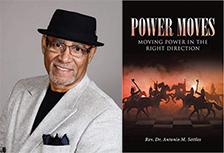 Power Moves: Moving Power in the Right Direction is an energetic approach to a Christ-centered life in ministry. It is a powerful guide for church leaders that investigates the sources and manifestation of spiritual power and control, the good and the bad, as well as the healthy and ...

Timely Topics from C2FM: Should A Pastor Buy or Rent?

There is no one answer to this question that fits every situation. There are many factors to consider, and decisions should be made in consultation with local church leaders, and by seeking the advice of trusted advisors, such as a C2FM financial coach.  In an itinerant system, pastors ...

This month I’d like to discuss stage monitoring systems. There are many products available to you and your congregation, so which is best? Stage monitors are any type of device used to send the sound from your PA system back to the performers and speakers in your service. The benefit is ... 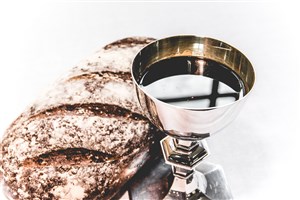 As we journey through Lent to the cross, it is beneficial to be accompanied by the verse of Charles Wesley. I want to look at hymn 374 in The United Methodist Hymnal, which is printed as a poem. It is a pleading by God for sinners to turn from death to life. As we read the hymn, what ... 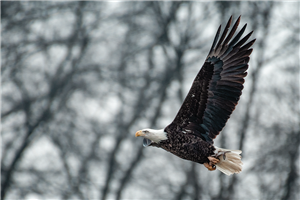 Eagles don’t allow storms to overpower them. They don’t cower in hiding at the approach of a storm and don’t flee from the tempest when it arrives in full furry.  They use the energy and pressure of the storm’s winds to rise above it and then glide conserving their own energy.  My prayer ...