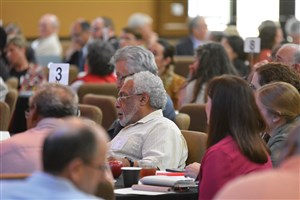 Delegates Hear About Proposals to be Considered at Special Session By Fred Koenig On February 23 United Methodists from around the world will meet in St. Louis to make decisions around things that could significantly alter the structure of the United Methodist Church. On October 4-5 ...

By Cody Collier During a very intense time early in my ministry, I recall preparing to speak at an ecumenical community Thanksgiving service. There was a deep political divide over upcoming elections and negative campaigns. In addition, there was a considerable amount of racial tension ... 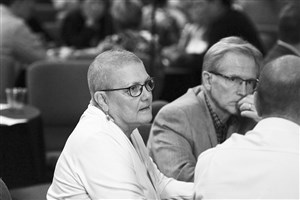 By Brian Hammons This message from Paul to the people of Philippi was one of the key scripture passages that helped the members of our General Conference delegation as we prepared for the 2016 conference for which we were elected to serve. And along with other scripture, it’s helpful to ...

How to Create the Perfect Place for Preschoolers 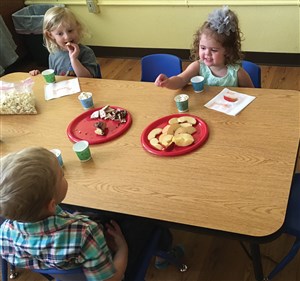 By Amy Houts What’s a bright spot in your church that can continually bring in — and keep — new families? Why, the preschool, of course! It’s true that people may seek out a church home at any age and stage in life, but the reality is many begin their search in earnest when their children... 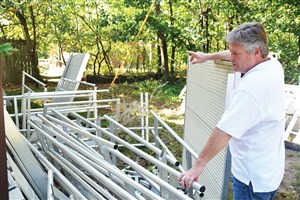 Men's Group Goes Modular To Increase Effectiveness By Fred Koenig When someone is injured or recovering from a surgery, most people just want to be home. But sometimes getting through the front door can be a challenge. The entryway to many homes involves a step or two. If you’re in a ... 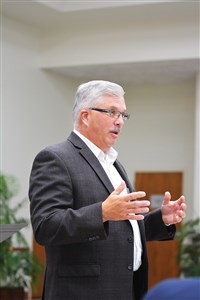 By Fred Koenig Immediately following the South Central Jurisdiction meeting of General Conference delegates Bishop Farr launched into a statewide tour of regional conversations, beginning with the Gateway and Southeast Districts.       He wasn’t playing to an empty room. The first round ...

Small Groups in a Big Way 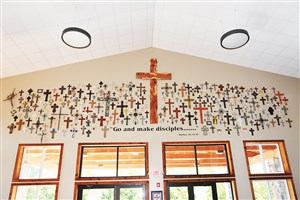 By Fred Koenig The crowd that filled the parking lot at Christ Community UMC in Joplin on October 3 would be enviable at many churches on Sunday morning, but October 3 was a Wednesday. The church has developed small groups to a degree that it packs the house mid-week.       The evening ...

By Fred Koenig A few months ago I was hiking around a mountain that had many flowing streams. People were drinking freely from these streams. I did so myself when I was high on the mountain. I did it less as I got lower. The water was pure at its source, but there had been too much ...

Double Your Dollars for C2FM

The Clergy and Church Financial Ministry (C2FM) is making a difference for Missouri’s pastoral leaders. On #GivingTuesday (November 27) you can join the cause with an online gift at www.mumf.org/giving-tuesday. Even better – every dollar will be matched by a grant from the Lilly ... 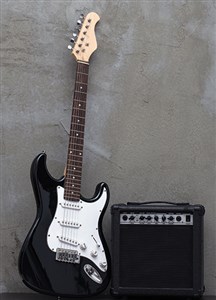 By Ryan McLouth The last few months, we’ve been talking about the standard role of instruments in the contemporary worship ensemble. So far we’ve covered acoustic guitar, bass guitar, and drums. This month, let’s talk about the electric guitar. Depending on the repertoire or style of ...

By Hal Knight Sometimes faith is used to mean what we believe. We affirm our faith when we say the Apostles Creed or the Nicene Creed. To say we believe in the Father, Son, and Holy Spirit as they are described in those creeds is to profess a profound faith. But to say only that we ...

By Eric Mattson For as long as I’ve created images in any media going back into my youth, I’ve crafted images depicting that which is flawed, neglected or in a state of decay such as the fence in this infrared photo. I’ve sought out that from which others would turn away and looked for ...